The constitutional amendments of 23 August 2017 changed the official name of Juclandia by coming up with a new term, the ‘Juclandian Pragma’. While Juclandians know what this means, the concept has been seldom mentioned outside the country. It is important to understand what it implies.

From 2010 to 2017, the international community had known Juclandia under its official name, the Kingdom of Juclandia. This changed in August 2017, when the official name was shortened to simply Juclandia, whereas the forms ‘Juclandian Pragma’ and ‘Juclandian Republic’ are from now on also considered official names to describe the country. This is often cause for confusion among foreigners – but it can be explained very simply.

Under the 2017 amendment, the socio-political entity of Juclandia is divided in a sovereign power – the Great National Assembly – made up of all of the country’s national (plush toys) citizens, and a state power, the Royal Government of Juclandia, whose legitimacy derives from the King of Juclandia, the country’s republican head of state (despite the title). There is also an assembly for federal (human) citizens – the Citizens’ Assembly of Lenia. Like the Royal Government, it derives its power from the King of Juclandia, rather than from the Great National Assembly. In this sense, convention refers to the plush toy part of Juclandia as ‘the Juclandian Pragma’, whereas the entirety of the country – with both the national and the federal citizens – is referred to as the ‘Juclandian Republic’. This is why the Constitution bears the official title of Constitution of the Juclandian Republic, and not the Juclandian Pragma or simply Juclandia.

But then we ask ourselves why does the Constitution mention that Juclandia can be known either as the Republic or as the Pragma? Well, simply because the Pragma is politically constituted today in the form of the Great National Assembly, and the latter serves as sovereign power of the Juclandian state. Thus, in this present context (the Constitution of 1 May 2015 amended in 2017), the Pragma is synonymous with the Republic and the state.

The state power, nominally vested in the King of Juclandia, derives its legitimacy itself from the sovereign power. There would be no state power without the Great National Assembly, that is to say, without the Juclandian Pragma. As the human part of Juclandia is institutionally included within the state power, and not the sovereign power, from a legal point of view it is inferior to the Pragma. The King himself (or the King herself, in the case of a female head of state) is elected for 8 years by the Great National Assembly (and thus by the Pragma) – even though their candidacy must be first approved by the state power in the form of the Citizens’ Assembly of Lenia (the human legislature).

One thought on “Editorial: What is the Juclandian Pragma?” 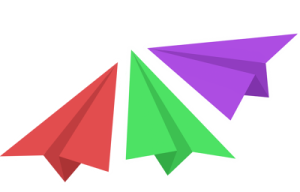 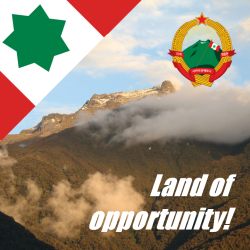